It’s hard to believe that 2014 is in its final months. The year is flying by and I can barely maintain this bloggy. (Insert standard mea culpa for taking so long to write a blog post.) My not-so-new-anymore job has been going well, but it requires a lot of mental energy.  Subsequently, I don’t think I’ve been writing as much as I should be. I have been slogging through my latest feature screenplay – one I started last year – but still don’t see the end in sight. And the free time that I do have has been spent enjoying other creative pursuits, including movies, concerts, and the opening game of the LA Kings (you know, the 2013-14 Stanley Cup Champs). Yes, I’ve been playing hooky from writing…and I’m beating myself up for it. 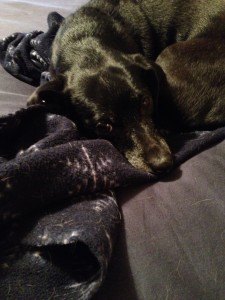 Which is why it was great for me to attend the Austin Film Festival and Writers’ Conference last weekend for the fourth year in a row. I reconnected with many wonderful writer friends I’ve made over the years and made a few new ones.  I also got to sit in on some enlightening and inspiring panels.  The depth of talent AFF attracted this year included Craig Borten (DALLAS BUYERS CLUB), John August (BIG FISH), Jenny Lumet (RACHEL GETTING MARRIED), Matthew Weiner (MAD MEN), and John Ridley (TWELVE YEARS A SLAVE). I’ll save the insights gained for another post, but I was truly recharged from the experience.  The late-night conversations at the Driskill Hotel bar are always a highlight. Fueled by whiskey and adrenaline (since you get very little sleep during the conference), my fellow scribes and I would discuss and dissect our favorite movies and TV shows, and share the common frustrations, anxieties, and small victories that define our writerly lives. 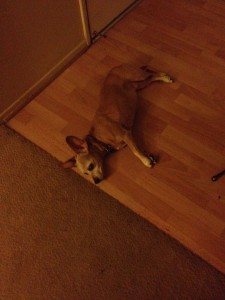 Rough night at the Driskill

The conference also allowed me to take a look at my output and realize that I have gotten some shit this done year. Thanks to a short screenplay contest discovered by my co-writer on BLACK SEA ROSE Jillian Reilly, we co-wrote a short script that received an Honorable Mention in the competition. The same organization facilitates a 48-hour short story contest, too, so I now have two short stories under my belt. I also took another online screenwriting class to enforce deadlines around the aforementioned feature script – because of it, I reached page sixty.  The class also enabled me to flex my analytical muscles again as I read and critiqued the work of my classmates.

Now this work I’ve done is far from perfect, but at least it’s work. It’s words on a page and it’s a reminder that while I may not be doing it every day, I’m still doing it. As I’ve observed before, the only thing we can control is the work we produce. Austin 2014 has invigorated me to keep producing.