2014 marked my fifth year attending the Los Angeles Film Festival.  Once again I was inspired and energized by the “small” films I saw on the big screen.  In fact, I think LAFF served its 20th anniversary well by featuring the strongest slate of movies I’ve seen yet at the fest.  There was a lot of beautiful, sophisticated filmmaking on display – far more satiating than my general diet of popcorn and Swedish Fish over the past week.

And for the first time, I finally saw a majority of the films that won major awards at the festival.  It’s always such crap shoot figuring out which screenings to go to – especially when there are almost 200 films to choose from.  I made an effort to see as many of the films in the narrative and documentary competitions as possible, and I’m happy to report that I’m in full agreement with those selected as winners. 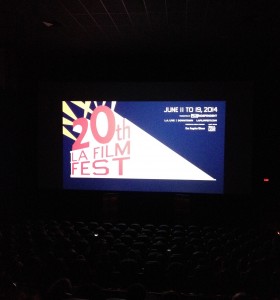 Here are my own highlights from the festival:

MAN FROM RENO – This modern-day noir thriller follows a Japanese novelist escaping her fame by hiding out in San Francisco and an older, small town sheriff who finds himself on the trail of a dangerous smuggling operation.  Eventually, the two characters intersect and work together to solve the mysterious happenings around them.  Director David Boyle has shot a gorgeous-looking film that feels Hitchcockian in look, pacing, and tone, yet refreshingly showcases a diverse cast.  The two leads, Ayako Fujitani and Pepe Serna, are particularly effective. This film won the jury award for Best Narrative – an honor that is certainly well-deserved.

STRAY DOG – When writer-director Debra Granik filmed WINTER’S BONE in Missouri, she cast local Ron “Stray Dog” Hall in the small-yet-pivotal role of Thump Milton, the enigmatic grandfather to Jennifer Lawrence’s character.  Ron ended up being a major presence behind-the-scenes, helping Granik to find lived-in locations and colorful extras to enhance the movie’s authenticity.  Once shooting wrapped, Granik realized that Ron himself was a subject worth investigating and she got his permission to make a documentary about him.  As a Vietnam vet, motorcycle enthusiast, husband to a Mexican immigrant, and owner of a trailer park, Stray Dog Hall has a lot of stories to share – some humorous, some heartbreaking, all totally engaging.  The film received the jury prize for Best Documentary at LAFF.

LAKE LOS ANGELES – This was the last film I saw at LAFF and it was the perfect way to cap off a wonderful film fest.  Directed by Mike Ott, LAKE LOS ANGELES tells the story of a solitary Cuban immigrant and a young Mexican girl whose lives cross paths when he provides temporary housing to her and a group of illegal immigrants.  The two eventually part ways, wandering through the bleak surroundings of their California desert community while the audience is left hoping that these lost souls will come together again.  The film may seem simple on paper, but it’s deeply moving in its exploration of loss, loneliness, and resilience.  And like MAN FROM RENO, it’s anchored by its two exceptional leads, Roberto Sanchez and Johanna Trujillo.

THE YOUNG KIESLOWSKI – I really loved this film.  The confidence of the filmmaker, writer-director Kerem Sanga, is apparent from the start.  In telling the the tale of a college student who suddenly finds himself facing fatherhood with a girl he only just met, it’s funny and quirky without ever trying too hard.  It’s also rooted in characters who feel fresh and unique, yet real and accessible.  Lead Actor Ryan Malgarini deserves high praise for shouldering the film with the perfect mix of awkwardness, smarts, and charm, and kudos to Sanga for firing on all cylinders in terms of writing, production values, pacing, and poignancy.  No wonder it won the fest’s Audience Award for Best Narrative.

DLB MEETS DDC – No, this wasn’t a movie, it was a moment.  One night during the fest I spotted Destin Daniel Cretton, director of SHORT TERM 12, near the concession stand of the Regal Cinemas and made my way over to him.  I shook his hand, gushed about SHORT TERM 12, and then introduced myself.  Yeah, not exactly my smoothest moment, but I was excited to encounter the writer-director of one of my favorite films of 2013.  He’s a lovely guy. (And he clearly has great taste since he was one of the Jury judges who chose MAN FROM RENO for Best Narrative!)

BYOF – Bring Your Own Friends.  While I never mind doing things on my own, it’s always a treat to share experiences like the Los Angeles Film Festival with fellow film lovers.  As in years past, I had a number of friends meet up with me for a screening or a panel, usually followed by libations of some sort and more movie talk.  So a special thanks to MB, SK, JC, MM, KS, JL, GT, DF, and MT for taking in cinema, cocktails, and conversation with me.  Let’s do it again next year! 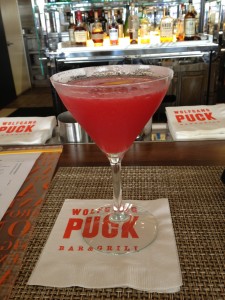 2 Responses to Best Fest Yet!