I went to Kentucky over the 4th of July weekend to visit a dear friend of mine I’ve known since college.  It was a wonderful trip complete with beautiful weather, fun conversations, and an ample amount of delicious Kentucky bourbon. 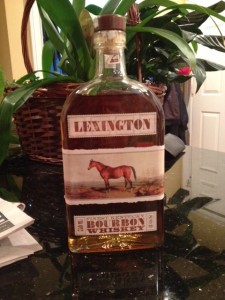 My friend’s fourteen-year-old son was enrolled in a three-week summer camp at the local university where he had decided to dedicate his three weeks to a class on film analysis and production.  My friend decided it would be a great idea to volunteer me as a guest speaker at the class while I was there. <Gulp!>  The professor was very nice and accommodating as he welcomed me to blather on for an hour about my experiences in “the industry.”

As I looked at the young faces before me, I was encouraged to see a decent number of girls in the class. (Go female filmmakers!)  I rattled through my trajectory in animation and also mentioned my adventures in screenwriting and the slog of trying to raise money to make movies. (The professor is also a filmmaker, so he and I commiserated together.)  I talked about all of the great resources out there, many of which can be found on the oh-so handy interweb (IMDb, Done Deal Pro, Drew’s Script-o-Rama, etc.)  And I shared my tales of rejection, even reading two opposing sets of coverage on AUNT MOLLY’S MELTDOWN just so the kids could see how alternately thrilling and devastating feedback can be.

But the main takeaway I wanted to impart to these teens was the idea that they don’t need permission to make their movies.  If they think they want a career in the film business, then they should go out and make films.  NOW.  They have youth on their side.  They have each other as a network.  They have encouraging mentors like their professor.  They have accessible technology to do it.

Yes, it’s advice I need to start following myself. (If only I still had youth on my side…)

And then the professor pulled up two short films I suggested we show the class.  I’ve shared one on this blog already – it’s a funny, observational piece called IT’S NOT ABOUT THE NAIL and it’s by my very talented Cinestory friend Jason Headley.  The second one is a super creepy short film by David F. Sandberg called LIGHT’S OUT – I was blown away by it when I first saw it. (You may want to watch this one during the day.)  Here are the links:

It’s Not About the Nail 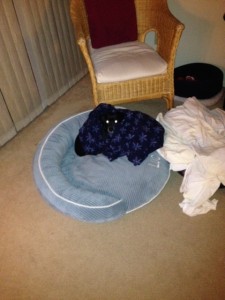 LIGHT’S OUT even scared Ghost Dog!

Both films went viral, serving as great reminders that you can be entertaining and impactful in a short amount of time.  I hope my little presentation helped the class feel inspired to go make their cinematic mark.  I know I can’t wait to see what they create.

P.S. This post is dedicated to my ever-dedicated blog reader JF.  I’ll try to keep the posts coming more regularly!