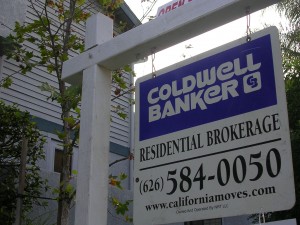 Buyers and Sellers and Escrow, Oh My!

Yeah, I’m moving.  The sign is up, the realtor caravans have started, and my morning ritual now includes cornering my petrified cat so I can bring her to the kitty kennel for the day.  It’s hectic – especially when the cat’s sixth sense kicks in and she finds solace under the dusty nether-regions of my bed – but I’m trying to rise to the challenge.  The fact is, by scaling down my lifestyle (so long, mortgage payments!) I’ll be able to better chase the dream.  Since my plan to win the lottery or find that 100-to-1 longshot at Santa Anita racetrack didn’t pan out, I’m going to need to gather money another way.  I thought about going the Diablo Cody route and become a “dancer” (hey, she did end up winning an Oscar), but I fear the state of my body would deter tips rather than encourage them.  I ain’t Marisa Tomei in The Wrestler, gang.

So, as I prepare to survive without employment next year in order to focus on filmmaking, I think about the next place the pets and I will call home.  I know I’d like to stay in my beloved Pasadena.  It would be nice if the new dwelling had a roof and four walls.   Is it too much to ask for central air and maybe a dishwasher?  While this checklist regarding my future abode swirls around in my head, it probably wasn’t a smart idea for me to do what I did last night.

At eleven o’clock, I found myself a bit wired and not quite ready to call it an evening.  So I crawled into bed with my laptop, plugged in my noise-cancellation headphones, and cozied up to this little gem:

Where's Zelda Rubenstein when you need her?!?

Paranormal Activity was made for $11K and it’s gone on to gross $183M. <WOWSERS!>  I went into the film thinking it would be an informative empirical study on successful low-budget filmmaking.  Which it was.

But it was also an empirical study on how to scare the BEJEESUS out of someone!

It’s a good thing I didn’t see this film in a theatre because I would have been coming out of my skin while inappropriately clutching the person next to me.  Granted, the movie owes a HUGE debt to The Blair Witch Project.  Like that faux documentary-style film, the premise centers around a young couple, Katie and Micah, who decide to chronicle the nightly weirdness that’s happening in their home by filming it while they sleep.   As the camera sits stationary on a tripod, focused on the slumbering couple, we in the audience endure the demonic presence lurking about.  Fun times.

Writer-Director Oren Peli made a lot of smart choices with Paranormal Activity, both economical and artistic.  The cast is small, it’s all shot in one location, and the immediacy of the “reality” filmmaking keeps the audience both active (when Katie or Micah operate the camera) and helplessly passive when we’re simply watching disturbing events unfold around the sleeping couple and can’t do a damn thing about it except clutch our pillow closer. (Oh…that may have been just me…)

However, I think the most effective element is the sound design employed in the film.  There’s something refreshing about a movie that doesn’t need music to generate the “you should start to feel dread now” cues. (And please keep in mind that I love and collect movie soundtracks.)  Whenever the demonic presence was…well…present, a low, static-like rumbling would emerge from the silence.  (Deirdre’s inner monologue: “Oh God.”)  Then comes the sound of footsteps on the creaking floor.  (“It’s just outside the door.” Deirdre clutches pillow to face while dog snoozing next to her continues dreaming about rawhide.)  THE DOOR SLAMS SHUT! (“HOLY CRAP!  Must. Catch. Breath.”  Deirdre wakes up now-annoyed dog and encourages her to snuggle closer.)  These noises helped the dread set in – music of a different sort.

Now I still don’t understand why Katie or Micah couldn’t turn on a friggin’ light once they were awakened by the terrifying sounds, and I know some people have had issues with the ending, but I still appreciate what Peli accomplishes with his very limited budget.  Paranormal Activity is a good reminder that compelling stories don’t have to come with a certain dollar amount attached.

And as long as my next living space doesn’t come with an evil presence, I think the pets and I will be okay.  Yeah, I’d even give up a dishwasher for a demon-less abode. (Not sure I can go without central air, though…)

NEXT UP: Let’s Just Wait & See! (Like how I’m building the suspense?)