The Austin Film Fest: From Kasdan to Kazan

I am a traveling fool once again.  After a whirlwind weekend in Chicago to celebrate my niece’s 10th birthday at the American Girl restaurant (yes, fine dining at its girly best), I continued on to London with VP Babs where I’ll be celebrating Thanksgiving with her and her husband, CFO John.  I did manage to sneak away to Paris for a couple of days last week with my friend and occasional co-writer, Jill – what a luxury that was.  I continue to be amazed by the overwhelming beauty of Paris; if I were smart, I’d set my next script there so I could go back for more “research”.  I feel very lucky to have these opportunities to see remarkable places with remarkable people – and the change of scenery always brings me new reservoirs of creative fuel.  Or is that just the good wine?

In any case, it’s hard to believe that I was just in Austin a month ago.  Alas, it feels like much longer and I realize that’s the challenge when attending invigorating conferences like that one.  It’s up to me to keep the momentum going well after the last film has screened and the final party has ended.  So, I continue sending out my queries and touching base with the potential connections out there.

And, of course, dear olde bloggy is providing me with a good excuse to revisit my notes from the AFF conference.  So I thought I’d use this entry to touch on the bits of wisdom I gleaned from the variety of panelists present at the festival.  In most cases, I’m paraphrasing the general insight expressed because my notes may as well be hieroglyphics, but I think/hope the spirit of the advice remains intact.

LAWRENCE KASDAN (screenwriter of THE EMPIRE STRIKES BACK, RAIDERS OF THE LOST ARK, BODY HEAT, THE BIG CHILL, need I continue?…)

What a treat to share the same space as this screenwriting heavyweight.  His panel was about creating complex characters.  My main takeaway from this discussion was to remember to reveal character through behavior.  He referenced William Hurt at the beginning of BODY HEAT.  As small-town lawyer Ned Racine, Hurt is first seen jogging along the Florida boardwalk, sweating up a storm, clearly at his physical peak.  His run comes to an end and he stops to catch his breath.  And then he pulls out a cigarette and lights it up.  Right away, we know we’re dealing with an unconventional man who doesn’t necessarily follow all of the rules.  What an effective way to set the stage. See? I'm even smoking on the DVD cover!

I sat in on a panel where Jon and Juliet listened to a group of writers each give a 90-second pitch of their movie.  For those of you writers out there, think about how you would consolidate your 110 pages of cinematic brilliance into a mere 90 seconds.  No easy feat, huh?  And yet it’s a necessary evil in the world of Hollywood where the pitch is everything.  The panel was an extremely useful exercise in mastering how to tell your story quickly, concisely, and entertainingly enough so as to leave an executive wanting to hear more…or, better yet, to read your script!  Here are some of their suggestions and a few of my own interpretations based on what I witnessed: 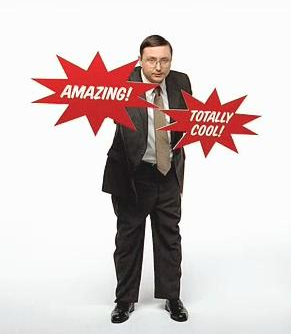 One Way to Pitch

NICK KAZAN (screenwriter of AT CLOSE RANGE  and REVERSAL OF FORTUNE)

I saw Nick twice, first at a panel entitled Based on a True Story where writers like Nick, Scott Silver (THE FIGHTER) and Pamela Gray (CONVICTION) talked about tackling real-life subjects, and later at a smaller roundtable where a small group of us got a more intimate audience with a few writers.  One of the things Nick said at the panel that stayed with me was, “The truth is your friend.”  I think that’s a great attitude to have when approaching the sometimes tumultuous waters of bringing a real person’s experience to the page.  The audience at this panel also seemed to agree that if someone relays a great story to you and then tells you it’s actually based on a true story, then for whatever reason it becomes that much more captivating.  I take comfort in this as Jill and I continue to peddle the amazing story of real-life lady Marolen Mullinax around town.

At the roundtable event, I believe it was Nick who also talked about his process and offered one invaluable piece of wisdom that I know I will utilize in the future. (However, I look to my AFF friends Bill and Mindy to correct me if I’m wrong in attributing this advice to Nick since they were at the roundtable with me.)  He said that when he’s on a roll with writing he always stops his session right before he gets to the very end of whatever scene or sequence he’s working on.  That way, he can start the next day picking up where he left off and knowing he has somewhere to go versus starting with a blank page and an unclear direction.  I know that will be key for me because, like exercise, it’s the jump start that’s essential to launch me into a writing session…but once I’m going, I’m off!  So the fewer blank-paged obstacles there are standing in my way, the better.

Even creepy socialites need a good kick in the pants!

You think that’s it for AFF?  Oh no…I’m telling you, this conference was overflowing with info!  I will be back with more tales from the frontline.

In the meantime, here’s wishing you all a VERY HAPPY THANKSGIVING!  As I approach the end of my first year of self-employment (why does “living dangerously” suddenly come to mind?), I remain extremely thankful for all of the people in my life who continue to support this unpredictable journey of mine.  And I am also grateful for the wonderful new friends I’m picking up along the way.  Cheers to you all!

One Response to The Austin Film Fest: From Kasdan to Kazan