The results of various screenwriting contests are starting to roll in and, as usual, it’s a typically subjective bag of placements for ol’ DLB.  I was happy to see my SONS OF ANARCHY spec script land in the top 10% of the Austin Film Festival Script Competition. (All of that blood, sweat, and Jameson wasn’t for nothing!)  My feature script HUNGRY LIKE THE WOLF also made it to the contest’s second round.  But two screenplays that have ascended to the same place at AFF before, BENEATH THE SURFACE and BLACK SEA ROSE, flamed out this year.  On the flip side, both of those scripts made it to the quarterfinals of the Final Draft Big Break Contest last week while the SONS OF ANARCY spec did not.

Of course, I’m always gratified to see my work find recognition in writing competitions, but the more I encounter these mixed results, the more I realize how much luck and subjectivity play a role in their performance.  I know I’ve blogged about this before and I’m not exactly sharing revolutionary discoveries here, but I think it’s good to remind ourselves that success and, for that matter, validation don’t live or die with the outcome of one contest. 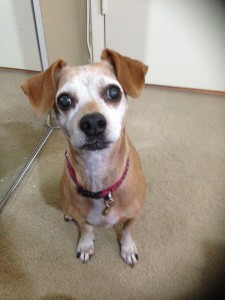 I’ll give you validation, lady!

To that point, just today Jill and I received the official news from the Motion Picture Academy that BLACK SEA ROSE did not advance to the finals of the Nicholl Fellowships in Screenwriting.  Ah well…it was such a longshot anyway.  And I am pretty stoked to be in the same company as fellow semifinalists Vince Gilligan and Michael Arndt.  However, funnily enough, yesterday Jill and I received reader comments on the script (for the first time in their history, Nicholl decided to share reader feedback with all of the quarterfinalists and semifinalists in the contest) and they were incredibly humbling.

I found one excerpt from the notes a perfect encapsulation of my writing journey experience thus far.  Here’s what the reader had to say: “I’ve tried my best but I could not find one thing I would change about this script.  This is an absolutely exceptional script, anchored by an astounding, three-dimensional heroine.  She’s no saint.  She’s naïve, often exasperatingly so to the people around her.  She makes mistakes.  But she is magnificently fierce.  She is a fighter.  She gets knocked down but she always gets back up.  There’s a line in the script that beautifully captures Patricia’s defiance and determination.  ‘When you get to the end of your rope tie a knot and hang on.’  I loved it.”

So I will continue to take a cue from FDR – and Patricia – and tie that knot and hang on.