Be Careful What You Wish For

This year marks my third year attending the Austin Film Festival.  Once again, I am looking forward to full days and nights of enlightening panels and animated analysis with my fellow writers. (The latter of which will probably happen around the Driskill Bar.)  It will also be a reunion of sorts as I meet up not only with compadres made at AFF in previous years, but with newer writer friends from CineStory, Film Independent, and even Nickelodeon.

The first year I attended AFF, one of my favorite panels was facilitated by producer Lindsay Doran. (Remember?)  She leads a panel called “The First Ten Pages”, during which she analyzes – you guessed it – the first ten pages of a handful of randomly selected scripts.  The screenplays are pulled from those that advanced to the second round (top 10%) of the fest’s writing contest before being eliminated.  Basically, Doran, a highly successful producer who has worked on films such as THIS IS SPINAL TAP, SENSE & SENSIBILITY, and STRANGER THAN FICTION, walks you through her thought process as she peruses a script’s first impression and decides whether or not she wants to continue reading.  Her analysis is thorough and insightful; tough, but fair.  And what I appreciate most about Doran’s script dissection is that she imparts practical, applicable advice.  I enjoyed the panel so much the first year that I attended it again last year.  As usual, the feedback she offered to those randomly selected scribes was invaluable.

Well, a couple of weeks ago yours truly received an e-mail from the Austin Film Festival.  It seems my second round script HUNGRY LIKE THE WOLF has been randomly selected for analysis at “The First Ten Pages” panel. <GULP!>  The e-mail went on to inform me that should I choose to participate, I could have four days to edit my opening ten pages before sending them in to meet AFF’s deadline.  As terrified as I was at the thought of a producer I admire not only critiquing my work but critiquing it in front of a roomful of peers, I knew I had to take advantage of this opportunity.  After all, being a writer means constantly putting your work on the chopping block, and why not do so when one of the celebrated shot-callers is holding the axe? (How’s that for a mixed metaphor?  Oh God…I’m in trouble.)

So I gave my first ten pages a meticulous review and rewrite.  When all was written and done I had to ask myself: Were the pages clear?  Were they engaging?  Would they leave the reader/producer/greenlighter/amazingly awesome Lindsay Doran wanting more? 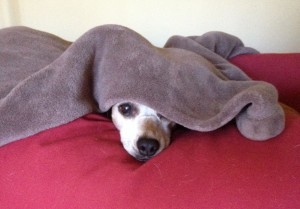 Let me know when it’s over!

This entry was posted in Film Festivals, Hungry Like the Wolf, Writing. Bookmark the permalink.

4 Responses to Be Careful What You Wish For