Notes on a Screenplay 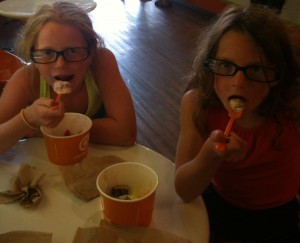 Despite the fact that the Sundance Screenwriter’s Lab thwarted my hopes of stalking Robert Redford this year, I received some good news recently on the contest front.  Last week I found out that three of my scripts advanced to the quarterfinals of the 2013 BlueCat Screenplay Competition.  Founded in 1998 by screenwriter Gordy Hoffman, the contest is one of the better known ones among aspiring screenwriters and claims a mission of recognizing undiscovered writers.  This year it received 3,391 submissions.  To have AUNT MOLLY’S MELTDOWN, BENEATH THE SURFACE, and BLACK SEA ROSE (co-written with my pal Jill) land in the top 10% was certainly gratifying.  Take that, Sundance Kid! (Kidding!  I’m kidding, Sundance Kid.  I would love to be a participant in your lab some day!)

This is my second year entering the BlueCat competition.  A useful aspect about the contest is that you receive written feedback from two different readers for every script submitted.  And if you get your script in by a certain date, you can resubmit and even request one of the same readers.  Of course, the analysis is always subjective and some readers do a better job of stringing their thoughts together than others.  Last year’s BlueCat experience was a real eye-opener for me.  I submitted BENEATH THE SURFACE to the 2012 contest and, luckily enough, got two sets of very thorough analysis.

One reader was particularly rigorous – insightful, supportive, but also tough.  The ending of the script was the specific sticking point for this person.  He/she wrote: “The primary flaw in BENEATH THE SURFACE is the way it ultimately falls back on melodrama in order to denote emotional change.  The final confrontation…is incredibly overwrought and almost too over the top…this is a type of exchange we’ve seen before, and it sort of undercuts all the character work the script has fought so hard to earn up until this point.  As it stands, melodrama and sentimentality are the enemies of a quiet character drama such as this, and the writer would do well to ruthlessly pinpoint instances of such heavy-handed, on-the-nose writing and subvert them.”

Ouch.  Heavy-handed?  On-the-nose?  The worst criticism a writer can receive.

The reader was absolutely correct.  The ending was flawed.  It was an indiscernible issue that had been nagging at me for a while and here was the problem explained clearly in black & white.  I was now faced with the challenge of trying to fix it.  So after much scrutinizing and ruminating and finessing, I executed what felt like a quieter, more subtle ending that seemed organic to the foundation I had laid throughout the script.

I resubmitted BTS to the same reader.  And the feedback?  “This new draft of BENEATH THE SURFACE is an extremely impressive revision.  This new ending…changes the entire nature of the script in a great way.  Instead of a build to an over-the-top climax, the entire narrative has become a deliberately paced character study, a slow-burn that ends in a great scene of catharsis.  BENEATH THE SURFACE is clearly the work of a writer who is not unnecessarily precious about ‘the page’, and this script is definitely a piece of writing (and rewriting) to be proud of.”

Now the point of this little tale isn’t to pat myself on the back over a job well done.  Because the fact is my revision did not go on to make the quarterfinals of BlueCat last year.  The moral of the story is that despite the lack of advancement, I remained grateful that I submitted – and resubmitted – in the first place.  The analysis I received forced me to confront a weakness in my script and make it stronger.  I made a few more adjustments and that revised script has gone on to do well in contests like CineStory, the Atlanta Film Festival Screenplay competition, and, yes, this year’s BlueCat contest. (And I’m still proud it made it to the second round of Sundance.)

It can be terrifying to put your work in front of others, but it’s a part of the process that we creative types must accept.  Because those extra eyes can be oh-so valuable in helping you find the soul of your screenplay.

Forget BlueCat, DLB!  I’m still the fairest of them all.

This entry was posted in Aunt Molly's Meltdown, Beneath the Surface, Black Sea Rose, Contests. Bookmark the permalink.