She Works Hard for the Money 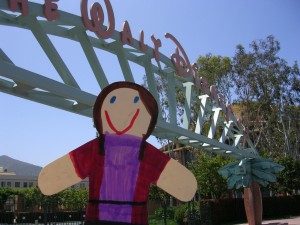 Back in October, I was reviewing my bank statement and realized, “Hey, these two-year Sabbaticals don’t pay for themselves!”  Yes, the harsh reality of my dwindling savings was poking out its unwelcome head.  But I had the Austin Film Festival on the horizon, so I figured I’d deal with this pesky grown-up stuff after that.

Austin came and went.  The dollars and cents decreased.  And then the American Film Market was happening in November.  So, again, I decided to defer any worrying about how I was going to bring money into my humble household until a later date.

After AFM I had my London/Paris trip.  And then I was traveling to Madison for another white Christmas.  Why even bother to job hunt during the holidays, right?

And while I was hoping Mr. Producer might be able to get one of my scripts sold at the beginning of the year (per my blog post of 2.18 – Let’s Hope Moliere is Right), it appears he, too, faces the same challenges of money-raising that I have encountered with BENEATH THE SURFACE – only he’s backed by a list of impressive, produced credits.  Yes, people, it’s really hard to produce an independent film.  (To Mr. Producer’s credit, though, he is working diligently and making progress.  In fact, the script is currently under consideration at a heavyweight production company in the indie world.  We’re talking about a company with a jaw-dropping library of exceptional films and Oscar campaigns so successful even David Axelrod would be impressed.)

Yeah, my “I’ll deal with it when the time comes” attitude has been overshadowed by the fact that THE TIME. HAS. COME. 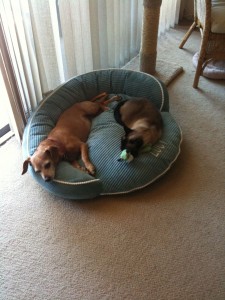 But the universe seems to be looking out for me.  At the beginning of the year I was contacted by my old boss at Disney TV Animation – back where it all began.  She’s now a Senior VP at the studio and I consider her one of my mentors in animation and production management.  In short, she’s awesome sauce.  She told me about a brand new animated series going into production at the studio that was in need of a line producer, so she wanted to see if I might be interested in the job.  Another encouraging feature is that one of the Executive Producers on the series is a guy I worked with briefly at Nickelodeon who is super talented as well as being a really decent human being.  I went over to the studio to meet with him and the other two Executive Producers on the show (including the uber-gifted woman who created it) and I felt like all the pieces had fallen into place.  I was being offered a job that I didn’t have to look for and I’d be working with fantastic people on a fun show.  Oh yeah, and I’d be supplementing Deliberate Productions with a welcome cash infusion.

So on Monday I dive back into the working world.  Obviously, it will be a fairly major lifestyle transition for me.  I’m going to miss hanging out with my pets and enjoying my afternoon siestas.  I will miss the freedom of tackling each day as my very own.  My extra-curricular time will become all the more precious again as my writing projects and Deliberate work gets shifted to the evenings and weekends.  But rest assured that the Deliberate work will continue.  My new bosses have been as understanding about my ultimate-hopes-and-dreams situation as I have been up front about it (‘cuz it’s kind of hard to keep it under wraps when I blog about it, for godssakes).  For that I am extremely grateful.  And in the meantime, I look forward to helping them launch what is sure to be Disney’s next big hit!

P.S. For those of you bloggy readers who subscribe to Ye Olde Blog, you can now look forward to e-mail notifications when new posts go up.  Uh huh…in my tortoise-like embrace of technology, I only last week figured out how to incorporate the RSS feed into my posts (thanks once again to the Amazin’ Shawn Hazen).  Bear with me, patient readers. I’m getting there.

This entry was posted in Life Stuff. Bookmark the permalink.

4 Responses to She Works Hard for the Money