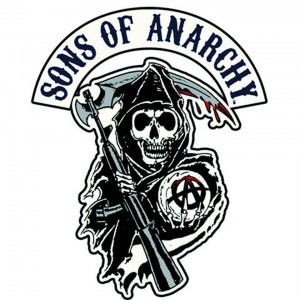 The month of May was supposed to be mellow.  I accomplished my 100-page April Brenzy script-writing challenge and even though the screenplay wasn’t finished and what was completed would require massive revisions, I was savoring the relief of knowing that I did what I set out to do.  I wrote 100 pages in 30 days.  Time to fire up the martini shaker, kick back, and relax, right?

CUT TO: May 9th.  I was e-mailing back-and-forth with my writer friend Charlie and he mentioned that he was applying to the Warner Brothers Writers’ Workshop.  For those of you who don’t know about the workshop, here’s the general rundown of this well-respected program (courtesy of the WB website because I’m too lazy to paraphrase):

For over 30 years, the Warner Bros. Television Writers’ Workshop has been the premier writing program for new writers looking to start and further their career in the world of television. The list of graduates who have gone on to do great things is long: Terrance Winter (Boardwalk Empire), Marc Cherry (Desperate Housewives), Greg Garcia (My Name Is Earl) and Felicia Henderson (Soul Food) to name a few.

Every year, the Workshop selects up to 10 participants out of almost 2,000 submissions and exposes them to Warner Bros. Television’s top writers and executives, all with the ultimate goal of earning them a staff position on a Warner Bros. produced television show.

Now I’ve toyed with the idea of writing a spec script for a long time.  While features are my passion, I realize that most of my recent writerly inspiration comes from the TV series I watch and love: MAD MEN, BREAKING BAD, GAME OF THRONES, HOMELAND, PARKS AND RECREATION, etc.  All remarkable shows that regularly elicit sighs of awe from yours truly because they’re just so damn well-written.

So, I made an offhand comment to Charlie that I was thinking about submitting to the WB workshop.  Of course, he took this as an opportunity to outline all of the reasons why I should apply for it. (He’s a lawyer, so emphatically arguing a case is second nature to him.)  Charlie’s reasoning was persuasive; it had me envisioning the possibility of one day breaking stories in Vince Gilligan’s writers’ room.  I went back to the WB website to look at the list of shows accepted as specs.  And there it was…

As you may remember, a couple of months ago my friend JoJo and I blew through all five seasons of Kurt Sutter’s  incredible motorcyclist soap opera in a matter of a few weeks. (Thank you, Netflix!)  I was enamored with the show from the first engine throttle.  It’s a Harley-Davidson HAMLET anchored by themes of family and loyalty, but intermixed with brutality, violence, and betrayal.  I love the characters and the world of SONS OF ANARCHY and after 60+ episodes, I feel like I know them.

But could I write a script about them?  And by June 1st?

Yeah, tomorrow is the submission deadline, which means I’ve spent the last three weeks slogging away on a spec of the show.  Three weeks of late nights, deep second-guessing, and almost-throwing-the-towel-in.  Yet, ultimately, I’ve ended up with 58 pages of what I think is a pretty decent representation of the show.  I’m a little too bleary-eyed to coherently recount the often-grueling process I just experienced.  If you don’t mind, I’ll leave that to a future post.  As I crawl toward the finish line, I’m just glad that I now have a spec script in my wheelhouse.  And I’m also extremely grateful for my cheerleaders and readers along the way. (You know who you are.)

June will be a mellow month!  Or at the very least it will be mellower.  I do have the Los Angeles Film Festival on deck (can’t wait!), but the main writing I plan on doing will be here on the DLB blog, making up for my anemic posts this past month.  ONWARD!

This entry was posted in My Must-See TV. Bookmark the permalink.