I’m sneaking one in under the wire so I have June accounted for in the blog post department.  Yeah, I thought I’d be better about keeping up this navel-gazing diary of mine this month, especially on the heels of finishing that SOA spec, but that exercise in writing madness took a lot out of me.  And while I had plenty of topics I was eager to address (including an analysis of that exercise in writing madness), I found myself too exhausted to put fingertips to keyboard. 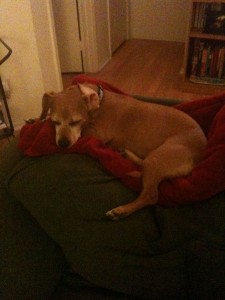 Time for a SNOOZE.

Plus, I was facing the Los Angeles Film Fest, which regularly takes place in June.  Over the course of ten days I saw twenty-one films and attended five filmmaking panels.  I must admit, this was a far easier feat to accomplish last year when I wasn’t working a full-time job.  After a full day of work I headed to downtown Los Angeles and stayed up past my bedtime to take in the latest offerings from the independent film world.  The movies I saw were a mix of inspiring, engaging, and irksome.  Ultimately, though, I continue to have major respect for all of the filmmakers out there who brave the odds and get their films made.  Favorites of the fest included AFTERNOON DELIGHT, AIN’T THEM BODIES SAINTS, FOUR DOGS, FOREV, and THE NEW BLACK.  It was also fun to attend a variety of films and panels with some of my favorite film-loving peeps out there – KS, JL, MT, HG, ERW, RA, SK, JJ, CF  – and I’m glad some of us could enjoy the free drinks at the filmmakers lounge, too.  I got to meet some cool new film festers as well, which is worth the price of admission! 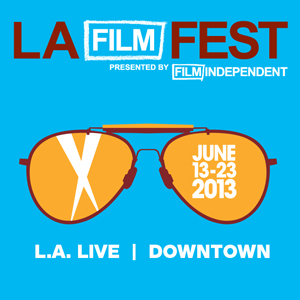 I have a trip to NYC on deck, but then I plan on devoting the rest of my summer to more consistent blogging and finally shaping BENEATH THE SURFACE into a short film.  Thanks to the LA Film Fest, I am as eager as ever to get something produced by the end of 2013.