The View from the Other Side

A writer friend recently posted a picture on Facebook that captured the scripts submitted for a recent industry writing fellowship.  It looked something like this photo (courtesy of the Austin Film Festival):

When considering the contests and fellowships and labs I’ve entered and applied for, it’s pretty daunting to think that among the piles and piles AND PILES of scripts, mine is wedged somewhere in there, fighting/hoping/praying to be recognized.  Am I good enough to be among the chosen few?  A grand prize winner?  An esteemed lab participant?

(Yeah, it’s easy to see why we creative types can get discouraged when facing those overwhelming, seemingly insurmountable odds.)

But of all things, it’s my new day job that has reshaped my sense of perspective on this whole writerly undertaking.  As a line producer on a brand new animated series, I am now on the other side of the creative decision-making process.  I get a front row view as the Executive Producers on the series carefully sift through artist portfolios and tests to determine who best matches the show’s sensibility and, therefore, earns a coveted spot on the crew.  The fierce competition and talent out there may create some difficult choices, but that’s not necessarily a bad thing.

This was especially evident as we chose our Main Title song.  The studio’s fantastic music department put out the call to a number of musicians and composers to come up with a 60-90 second theme song guided by a few creative missives from our show runners.  I don’t know how many total entries initially came in, but the music team weeded through them all and presented us with a final thirty-four to choose from.  Thirty-four.  That’s a healthy chunk of submissions to consider, huh?  And you know what?  Most of them were good.  Really good.  There were a lot of fun, catchy, adrenaline-stirring entries.  Of course, the song that was ultimately chosen as the favorite was the perfect fit for the show.  It was the strongest encapsulation of the humor and tone of the series and we’re all super excited about it.  But it doesn’t mean the other entries were terribly inferior.  Or that the musicians submitting them were less talented.  It just means the “winner” had the best combination of musical and quirky elements desired by the executive producers.

Now the purpose of this post isn’t to say that we writers should just assume the only reason we don’t land the contest wins/fellowship placements/script sales is due to subjectivity and timing.  We should always stay focused on becoming better writers and learn from those who regularly find success.  But we should also know when to cut ourselves a little slack and realize that we do have something valuable to offer through our work, despite the rejection we experience.  And that desire to share our stories is what will keep fueling us forward.  As Winston Churchill stated: “Success is not final, failure is not fatal: it is the courage to continue that counts.” 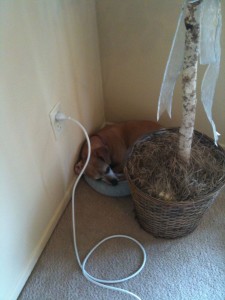 Don’t give up yet, girl!

4 Responses to The View from the Other Side