Yeah, yeah, yeah, I haven’t blogged in a while.  I can’t blame writer’s block because I don’t really believe in it.  Rather, what I do believe in is laziness.  And procrastination.  And loss of mojo.  And day-job-itis.  Whatever you want to call it, I’ve been experiencing it hard this first quarter of 2014.  But I’m here at the laptop now, fingers tapping away on the keyboard, trying to pull together a few cohesive thoughts.

I know…the ceremony was a few weeks ago.  But I did manage to see all nine Best Picture nominees and came away with my usual strong opinions – for better and for worse – about many of them.  As usual, there were a few nominees in the mix that defied explanation for me.  It seems there’s always that one movie that everyone in the theatre ardently loves and laughs at while I sit stone-faced and perplexed over what I’m missing. (I won’t name names, but one of the films titles was the midwest state in which was set.)  But instead of doing my usual countdown from nine to one, I figured I’d stay positive and focus on my top three – and throw in a few overlooked films that I would have easily nominated in place of some of the others, were I Queen of Hollywood. 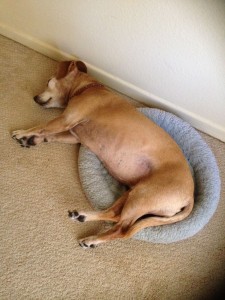 #3) THE WOLF OF WALL STREET

I went into this film with looooooooooow expectations.  A three-hour film about the excesses of Wall Street?  A movie that features Leonardo DiCaprio smugly addressing the camera?  A story where money and maleness and being masters of the universe are the dominating narrative forces? <SIGH>  And yet…this was one of the most entertaining, compelling films I’ve seen in the past year.  And the fact that it was three hours long and held my interest the entire time made me admire it even more.  I don’t understand the criticism the movie’s received about it glamorizing the overindulgent lifestyles of investment bankers because, if anything, I found it to be the opposite – a compelling cautionary tale about too much of a good thing, the car crash that you can’t look away from.  Scorsese proves once again why he is one of the greatest American directors working today (strongly assisted by his ever-reliable editor Thelma Schoonmaker and a powerhouse script from Terence Winter).  And if Matthew McConaughey weren’t in the Best Actor race, Leo would have won the award hands down for his most dynamic, dimensional performance yet.

Obviously, the subject matter is difficult to endure.  And what really struck about the film is how unrelenting director Steve McQueen is in setting his camera and not letting the audience look away from the horror unraveling in front of you.  In more than one scene, I was acutely aware of wishing for a cut to another person, another moment, anything to avert my eyes from what I was witnessing.  But that relief didn’t come.  And the result was all the more powerful.  A beautiful-looking, deeply unsettling film, anchored by the performances of Chiwetel Ejiofor, Michael Fassbender, and Best Supporting Actress winner Lupita Nyong’o.  I was very satisfied to see 12 YEARS A SLAVE given the Oscar for Best Picture.

Admittedly, I was rooting for this film going into it and it fired on all cylinders as far as I’m concerned.  A “difficult” topic by Hollywood standards (HIV/AIDS) that was twenty friggin’ years in the making, DALLAS BUYERS CLUB is the little indie film that could.  While the story of an unsavory protagonist’s road to redemption could have been handled in a treacly, movie-of-the-week manner, director Jean-Marc Vallee attacked the subject with riveting honesty – the film’s emotional impact was genuinely earned.  And there’s no denying that Best Actor Matthew McConaughey is having the year of his career.  His portrayal of a hard-partying homophobe who suddenly finds himself battling AIDS (and the stigma and crippling bureaucracy that accompanied its treatment in the early eighties) is the heartbeat of the movie.  And he’s aptly supported by a lovely, nuanced Jared Leto.

As for three films of 2013 that could have easily replaced three of the not-to-be-named Best Picture nominees, my choices would be PRISONERS, AFTERNOON DELIGHT, and SHORT TERM 12.  Lucky for you, they’re all available on iTunes and/or Netlfix and/or On Demand, so I encourage you to check them out!