Confessions from the Fundraising Front Lines

Alas, VP Babs was stricken with a terrible cold, so we need to put off her guest blog post for the time being.  However, as another productive week comes to a close, I think it’s worth it to assess some of the lessons learned along the fundraising roadway.  Exec Producer Dad and I have talked with a number of people now and each meeting, while not necessarily bringing us a signed check, has brought us potential opportunities and useful information.  Doors may close, but windows do open.

A few tidbits of advice that we’ve gleaned from talking to potential investors (I realize many of these may have a “no duh!” factor, but I still think it’s worth repeating – especially to myself):

1) Have your investment talking points clearly outlined in your head so you can hit all of them during the course of conversation.  Of course, I think it’s important to bring them up a comfortable, natural way.  What you probably don’t want to say: “Mmmmm, this perch is really delicious…reminds me of a SpongeBob episode I just watched with my nieces.  Hey, speaking of that lovable sea creature, did I mention I worked at Nickelodeon for almost ten years and can put that experience towards my low-budget film and you’d be an absolute fool not to get in on the ground floor of this incredible investment opportunity?”  Yes, I try to have a little more finesse and actually listen to the potential investor rather than just barreling forward with my pitch.  Good conversation brings good advice and good will…and good will may reel in a future Executive Producer.

2) When asking for money, focus not just on the investment structure that you’ve put in place, but the investment potential.  Yeah, that seems pretty basic, but I was amazed at the end of a meeting yesterday when the lovely woman with whom we were having lunch had to ask me what the potential profits might be.  <SIGH> Oh, Deirdre, if people are going to trust you with their hard-earned money they may actually want to know what’s in it for them beyond seeing their name on a movie screen some day.  Now I don’t think it’s advisable to promise another Paranormal Activity or My Big Fat Greek Money in terms of revenues, but you can mention that a strategic marketing and distribution plan can bring about a healthy return.  It helps to have some concrete examples to reference, too.

What was that, Mr. & Mrs. Investor? You were expecting some of *this* in return?

3) Don’t order soup. (EP Dad pointed this one out to me.)  As the salesperson, you’re still the one doing most of the talking and a cup of seafood chowder will only go cold. 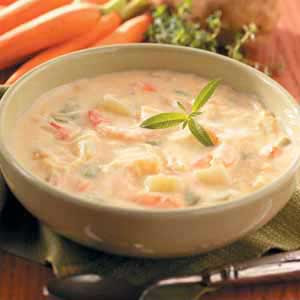 I enjoyed those three spoonfuls! 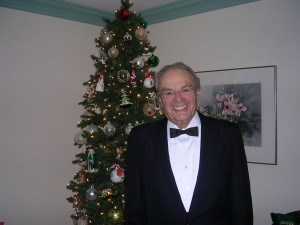 Won't he look great at the Oscars?

NEXT UP: Back in La-La Land!  Will Lucy and Sophia remember me?