It’s like Christmas in June for me because the Los Angeles Film Festival is here!  Ten days of fine indie films.  And since I am <ahem> self-employed, I get the luxury of seeing LOTS of them.

I kicked things off last night with the movie DRIVE starring Ryan Gosling and Carey Mulligan.  It was a fantastic, explosive film in which Gosling plays a Los Angeles stunt man who earns extra cash on the side by driving getaway cars for robberies.  Of course, in falling for his lovely, married neighbor, played by Carey Mulligan, he finds himself involved in a heist that goes terribly awry.

Did I mention that the film is violent?  Incredibly violent.  Yeah, I never thought about what crushing a skull actually sounds like until I saw this movie.  But the film is anchored by Ryan Gosling’s stoic, nuanced performance – his is the type of X-factor talent and charisma that catapults him far above most actors his age.  And he is surrounded by an incredible supporting cast: Carey Mulligan, Bryan Cranston, Ron Perlman, and Albert Brooks.

Of course, Nicolas Winding Refn certainly deserved the Best Director he received last month at the Cannes Film Festival.  Technically, the film is staggeringly solid – Refn can both capture the excitement and scope of a car chase through downtown Los Angeles along with the intimate, heartbreaking looks of longing between Gosling and Mulligan.  Another bold choice Refn made was in the ever-prominent soundtrack and sound design.  The film’s composer, Cliff Martinez, opts for an intesnse, moody electronic score that had me flashing back to Tangerine Dream circa Risky Business.  And the amped up bursts of rubber on pavement and rumbling engines reverberated through my rib cage at points. (Thumbs up to the sound system at the Regal Cinema theater where the film was screened, too.  As my beloved Keanu would say, “Whoa!”) 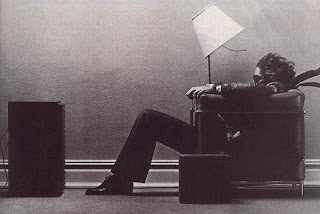 I’m dying to know the budget on this “independent film” because given the scope of the camera work, especially during those downtown LA chase sequences, I will be amazed if it fell under $20M.  In any case, kudos to the cast and crew who collaborated to create such an eye-popping, entertaining piece of cinema.  What a great way to start the Los Angeles Film Festival!

Oops, time to get to another screening!

NEXT UP: Movies!  Movies!  And MORE Movies!