Today I attended a Cinema Language seminar, which was offered through the “No Budget Film School” based here in LA.  The facilitator of the seminar was a guy named Tom Provost.  Tom’s worn a lot of hats in Hollywood – actor, editor, producer…to name a few.  He also wrote the film Under Suspicion (Gene Hackman, Morgan Freeman) and he recently wrote and directed a movie called The Presence, starring Mira Sorvino, Shane West, and Justin Kirk.  In addition to his many talents, Tom is also a darn good instructor. 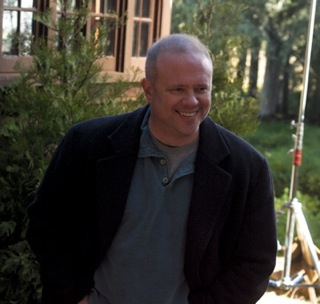 The first half of the day was dedicated to analyzing clips of well-known films.  Tom’s class is a good 101 on the basics of on-the-set jargon, but he also did a great job of explaining why certain creative choices can be so effective in keeping the audience “leaning forward” as he puts it.  I absolutely love this kind of discourse – discussing how a filmmaker can engage or challenge an audience, whether through shot composition, color, the way information is disclosed, etc.  (And in the best of films all of the above is considered.)  It’s important for me to start thinking about these choices and how they can be applied to Beneath the Surface.

Tom cited examples from many of my favorite films, including one of the all-time cinematic stunners The Godfather.  How do you not get chills when you FADE IN to the close-up of the funeral director Bonasera explaining why he seeks justice?  As Tom pointed out, what’s so effective about the film’s opening scene is that it takes a little while for the audience to get oriented.  We’re not sure where we are (thanks to “prince of darkness” cinematographer Gordon Willis), but we remain captivated as the camera slowly pulls back during Bonasera’s anguished story about his daughter’s brutal beating.  Finally the shot settles just behind the silhouette of the man who’s been listening to his appeal.  The man?  Vito Corleone, of course!

What's that about an offer I can't refuse?

But what really impressed me about today’s seminar is that the afternoon was spent analyzing Tom’s upcoming independent film The Presence.  When we returned from lunch, Tom screened his movie for our roomful of working and aspiring filmmakers and then opened himself up to some honest feedback and analysis.  I respect his bravery in doing this because Los Angeles audiences – specifically film-focused Los Angeles audiences – can be tough.  Thankfully, our group was positive and respectful while also making some thoughtful and pointed observations.   Tom was a great champ about it all and it was clear that he’s very proud of his film.  He should be.  He did it!

Tom spoke, too, of the pressure involved in financing and heading up an independent film production.  When asked to offer a main piece of advice to his fellow-filmmakers, Tom replied, “Always maintain a calm air of confidence.”  Yes, even when you feel panic inside (which is pretty much all the time, according to Tom) you have to remember that you’re setting the tone for the entire production team.

So, I’ll try to remember that when I find myself wide awake at five in the morning after an already restless night of sleep. (Um…not that that happened about sixteen hours ago or anything.)  Yep, I guess the flashes of total freakout are natural…and I should probably get used to them.  But I’ll also do my best to talk myself off the ledge when those moments rear their terror-inducing head.  After all, my secret is safe with you, right dear readers? <wink, wink>

NEXT UP: I’m back to America’s Dairyland for Labor Day Weekend!  Time to start laying some Deliberate foundation.