My friend Shannon is coming into town next weekend.  I can’t wait!  Shannon is a near and dear friend – we met many martinis ago in a very unexpected way.  It’s a story that involves a canceled flight, a cranky Granny, and a box of Godiva chocolates that became our sole sustenance for an excruciatingly long bus ride.  Perhaps I’ll save the tale for a future blog post when I’m scrambling for material? (Could be any day now.) 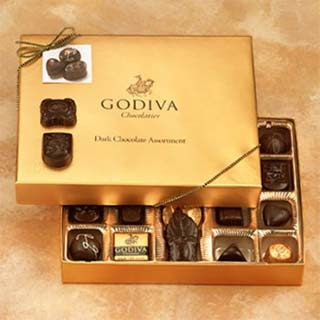 Anyway, SHANNON IS COMING!  She arrives on Friday.  I’m picking her up at the airport late Friday afternoon and we’ll embark on one of our girlie weekends that typically includes five-hour dinners (hey, analyzing the male species takes some time!), shopping excursions where we dissuade one another from buying that perfect Ann Taylor Loft blouse (luckily, our powers of dissuasion are pretty weak), and plopping in front of the television for back-to-back episodes of Project Runway.   Tough work, indeed.

She arrives on Sunday.

As in TODAY Sunday.

And I, her near and dear friend, was supposed to pick her up at Los Angeles International Airport.  And didn’t.

Now those of you who live in LA know what a nightmare our airport, LAX, can be.  According to that unshakable resource Wikipedia, LAX is the sixth busiest airport in the world.  THE WORLD.  And just getting to the airport involves navigating an albatross of typically congested freeways, none of which can really be considered a “scenic route” (unless you like lots of garbage and graffiti as part of your scenery).  But whenever I have a friend or family member flying into LAX, I do my darnedest to be at the airport when they arrive.  And I’m not talking just circling the terminal in my beloved Prius.  No, I wanna be standing by the security checkpoint area, ready to greet my guest into sunny & smoggy Southern California.  It’s a point of honor with me, people!

So imagine my horror when I finally looked at my phone late this afternoon to find about five messages waiting for me.  From Shannon.  Wondering where I was.  Starting to get worried.

Luckily, Shannon’s here on business and the hotel she’s staying at is about a mile away from LAX, so she just took a cab over to it.  And I am picking her up on Friday so we can hang out for our girl power weekend.  But I fear, dear readers, that this whole “start a production company/write up a business proposal/continue to function effectively at work/sell my condo” plan is starting to catch up with me…and my brain.

Hence, I will not be updating you about the talented guy who has agreed to compose the film score for Beneath the Surface.  I will save that for my next post when my head is (hopefully) screwed on a little straighter.

In the meantime, thanks for putting up with my random rants this week.  And happy one-month anniversary to all of us who are engaged in this blog!  I truly appreciate the often-hilarious comments that have been posted as well as those of you who just support the blog by reading it.   At least I’m lucid enough to recognize that!