It *IS* an Honor to be Nominated

I have to say that for the first time in a long time I’m really excited about the Oscars this year.  Well, I should rephrase that.  I’m always excited for the Oscars – my friends and I joke that they represent the high holy days for the movie industry.  Of course, the Academy Awards don’t always live up to the pomp and circumstance.  Some hosts (Steve Martin, Jon Stewart) are better than others (David Letterman, Whoopi Goldberg).  But, I still get excited by the sheer Hollywoodness of it all.  Plus, I’ve been watching the ceremony with the same group of friends for over a decade.  Together we have experienced the highs (well done, surprise Best Actress Marion Cotillard!) and the lows (Titanic wins Best Picture over L.A. Confidential?!?) and no matter what, we always have a great time together. (The martinis probably help a little, too!)  And I don’t care what any jaded insider says – winning an Oscar is a pinnacle in this crazy industry.  I know I’ve rehearsed a speech or two in front of the bathroom mirror.  Lucy and Sophia also make a good captive audience. 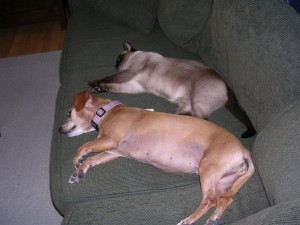 This is what happens when I go over my allotted thirty seconds...

But I think the reason I’m particularly exited this year is because of the FILMS!  There are some incredible movies in competition this year.  Even with ten films nominated for Best Picture now, there isn’t one that has me incensed by its presence.  Woo hoo!  In other words, I don’t have to experience another AVATAR year! (Okay, okay, I know a bazillion people found that film amazing/life-changing/scrumtrulescent, but all I saw were oversized smurfs in a conventional, blandly-written, over-inflated story.)

Seriously though, I’m excited to see such a smart, diverse range of films in the running: True Grit, Black Swan, The Fighter, The King’s Speech, 127 Hours, etc.  WOW!  And thanks, Academy, for giving Winter’s Bone some well-deserved recognition!  Best Picture, Best Actress, Best Supporting Actor to name a few.  Bravo!  It’s the little indie that could!

So Many GOOD Choices!

I do have to also make mention of an Academy-nominated film I saw this weekend and one VP Babs praised in her recent guest post.  The film is Blue Valentine.   I admit that I’m a sucker for great acting and this film features some of the most genuine performances I’ve witnessed in a while.   I think John Cassavetes would be extremely impressed with what director/co-writer Derek Cianfrance drew out of actors Ryan Gosling and Michelle Williams as a couple struggling to exist in the ennui of their marriage.  What a shame that Gosling didn’t get a Best Actor nod! (Sorry, Jesse Eisenberg, you did an effective job of playing an effective douchebag, but I’d readily switch out your name for Ryan’s).  But I can totally see why Williams blazed through to emerge as a Best Actress nominee.  She wears vulnerability so naturally and she tackles the complex role of the sensitive-yet-unsatisfied wife and mother with such ease.  Her performance is so nuanced and heartbreaking and lovely – I just wanted to reach into the screen and give her a big, comforting hug.  Like Adrien Brody and Marion Cotillard, I think Williams may be the dark horse winner on Oscar night.  And how very worthy she would be in receiving that handsome gold statue. 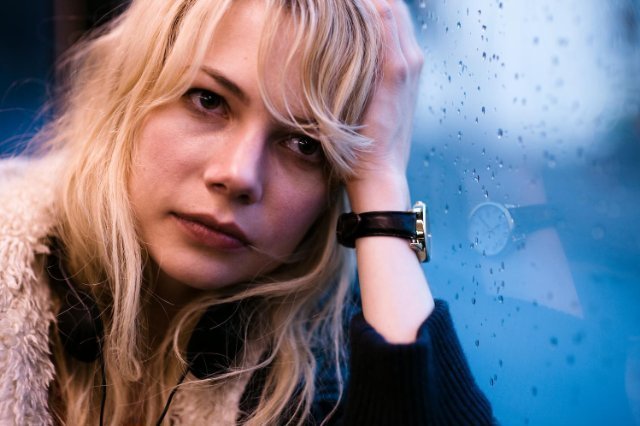 You've got my vote, sad lady!

NEXT UP: We’ll see where my life of leisure takes us…