Aside from the general work craziness that comes when you’ve been away from the office, I found that I over-programmed my evenings this first week back.  It was all good stuff, mind you, but I am now feeling the effects this Friday evening.

On Tuesday night I enjoyed a delicious home-cooked dinner prepared by fellow transplanted Madisonian, Jesse.  She was housesitting for a co-worker and had three charming doggies under her care.  Of course, I thought it was a brilliant idea to bring my beloved high-strung Lucy over to join in the fun of this canine club.   Despite a few instances of raised hackles and bared teeth (mostly between Lucy and Polly, the playful juvenile for whom Lucy had little patience) all four-legged creatures escaped unscathed.  (Meanwhile, the two-legged creatures were slightly anxious, but well-fed!)

We need you, Cesar!

Wednesday night had me assuming one of my favorite roles: patron of the arts.  My good friend and regular theatre-going buddy, David, and I went to see The Glass Menagerie playing downtown at LA’s Mark Taper Forum theatre.  This production stars Judith Ivey as the formidable-yet-misguided matriarch Amanda.  In addition to acquiring a couple of Tony awards for her other prominent stage work, Ivey’s been in a bunch of films including The Lonely Guy, The Devil’s Advocate, and Flags of Our Fathers.

I am a big Tennessee Williams fan and I was excited to revisit this play since the one and only time I saw it was in high school.   Back then it featured an Amanda who had just acquired her Driver License, but I still found myself moved by Williams’ language and the trapped and tragic nature of its primary familial trio.

The production at the Taper was interesting and thought-provoking because it was a much different interpretation than the play I remembered.  There was a broadness to the performances, which resulted in many laughs from the audience.  I thought this play was more drama than comedy?  This isn’t to say that the actors were caricatures, but they were “actorly” and affected much of the time.  I was put-off by it at first, but I also found some startlingly fresh interpretations of the dialogue among these choices.  It served as a reminder of how words on a page can be internalized and delivered in such a way that it has a significant influence on the overall tone of a piece. Hey, you, in the balcony! Can you see us emoting?

Is it strange that in this particular staged version, the most authentic performance came from TV/film actor Ben McKenzie as Jim, the Gentleman Caller?  This guy was in The O.C. for godssakes!  I always feel trepidation about watching attractive on-camera actors trying to flex their muscles with the stalwarts of theatre.  But McKenzie did a great job – and I commend him for diving in with confidence and commitment. Then again, the Gentleman Caller is described in Tom’s opening monologue as “the most realistic character in the play, being an emissary from a world of reality that we were somehow set apart from.”  McKenzie definitely inhabited the part. 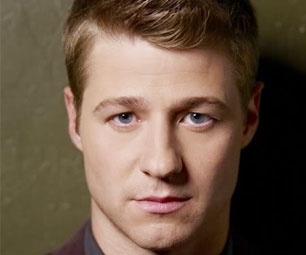 Not Just Another Pretty Face

Last night (Thursday) was Friday Night Lights catch-up time for me and my pal, Kevin.   We’re almost done watching the fourth season of this overlooked series and, oh, what a good season it has been.  Clear eyes, full hearts, can’t lose.  Plus, I got to meet Kev’s two new feline wards, Emma and Jasper.  While they remain ensconced in Kevin’s guest bathroom, our regular visits to them throughout the evening brought ridiculous amounts of kitten adorableness.

And today…well, today started with a Martial Arts demo in the Nickelodeon gym.  Ninja martial arts to be exact.  A certified Sensei and two of his talented, brave, and bruise-worthy students hosted the exhibition which included a fair amount of striking, resisting, and quick kicks to the floor.  I got to witness this demo because I have the honor of working on a certain pilot that requires this type of research.  The pilot is about ninjas…and teenagers…and turtles…and mutants.  And it’s pretty damn cool!   I learned that, at heart, ninja martial arts are defensive.  The Sensei asked our group what we thought the difference was between offensive martial arts and defensive martial arts.  The answer?  Intention.  Those on the defensive must stay relaxed and intuitive to whatever force may strike – they anticipate and act accordingly.

Don't mess with me!

This could be a useful philosophy for a first-time indie film producer navigating some unpredictable Hollywood waters.

NEXT UP: Hmmmmmmmm…I’m sure I’ll figure out something!

One Response to Menageries and Martial Arts