So fresh on the heels of my post about subjectivity, I got to see it IN ACTION in regards to one of my scripts!  Recently I had the chance to submit my quirky romantic comedy AUNT MOLLY’S MELTDOWN to a production company that has a pretty decent slate of film projects.  I sort of forgot that I even submitted it until an e-mail arrived today to inform me: “Unfortunately, after due consideration, we have opted not to pursue the project any further.  Despite some real strengths, we just do not have the enthusiasm to warrant taking it on.”

Fair enough.  It was a nice, respectful e-mail and the sender wasn’t kidding about the “due consideration” given to the script.  For this company provided two sets of reader feedback and, boy, were they thorough!  I received numerical grades and comments evaluating TEN different categories, including originality, dialogue, formatting, etc.  It was clear to me that each reader had given my script a comprehensive review, but I was again reminded of the subjectivity of the process given their respective conclusions.  Here are a few notable samples…

Reader #1: This script begins poorly, with a first act that is full of redundant narration, an ill-advised frame narrative device, flip-flopping characterization, and contrived plot devices.  However, once it moves past the troublesome first act things pick up significantly.

Reader #2: “Aunt Molly’s Meltdown” is a very enjoyable script with strong characters and witty dialogue.   It is a well-written script about a woman who returns to her hometown in the middle of an emotional meltdown and finds herself helping raise her two nieces.

Reader #1: Has some significant rough patches starting out.  The script is wrapped in an ill-advised frame narrative in which the protagonist’s niece recites a fairy tale version of the story.

Reader #2:  The structure of “Aunt Molly’s Meltdown” is very well done, hitting all the right beats at just the right moments.  The story is bookended with a narration from Elise presenting Molly’s story as if it were a fairy tale, providing a memorable and unique framing device.

Reader #2: The pacing in “Aunt Molly’s Meltdown” is swift and breezy.  The strong pace keeps the script engaging from beginning to end with a well-timed inciting incident and without dull sections.

Reader #1: The writing in this script carries some wretchedly bad habits and hits them repeatedly.

Reader #2: The writing is very strong and engaging.

Now, granted, I’m using the extreme opinions expressed as my examples; there were areas where both judges were more in sync with one another.  But I think this feedback illustrates why the writing process can be so infuriatingly indecipherable.  So much of it comes down to individual taste.  For what am I to make of the notes given above?  Is my narrative framing device “ill-advised” or “memorable and unique”?  Is Molly’s transformation “unsatisfying and unbelievable” or “swift and breezy”?  Should I be striving to fix my “wretchedly bad habits” or proud that I wrote a “strong and engaging” script? 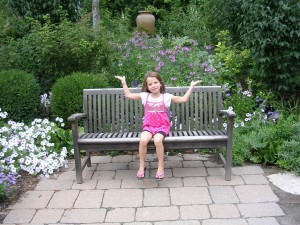 I don’t get it either, Neala!

I do think the truth lies somewhere in between, and I appreciate that the feedback offered was extensive and thoughtful.  Clearly, both readers read the script and each did an articulate – if at times brutally frank – job of expressing their opinions.  Now comes the part where I percolate on those opinions and decide which ones need attention and which ones I’ll choose to overlook.

Like the readers themselves, I can only go with my gut and react to the feedback that resonates with me.